NEW ORLEANS, LA – Ali Hassan has been a longtime owner of gift shops in the famous French Quarters district of New Orleans.  He has seen the city host hundreds a major sports events and witnessed the passion of the fans that frequent the shopping in his area of business. 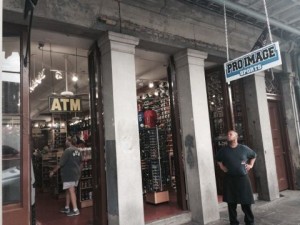 Ali is in a historic building in the French Quarters of New Orleans that gives the new Pro Image Sports a cool distinct feeling of being one-of-a-kind.

Like any smart businessman, he began researching what it would take to open a sports store.  He already had the space, a great spot right on Decatur Street owned by the state of Louisiana as a historic building, and he realized very quickly that if he were to do a sports store successfully he needed to join the Pro Image Sports family. 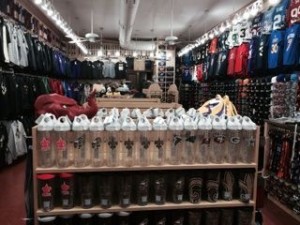 “I thought, these guys know this business, can help me get started and get me open with all the vendors I needed, said Ali.  “The discounts didn’t hurt either.”

His Pro Image Sports store opened the doors today and has already seen fans and tourists come through his doors in droves. 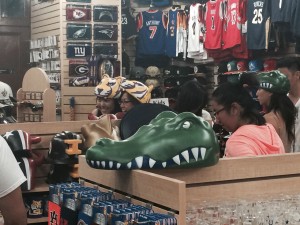 The store was packed with customers shortly after opening.

Ali is a jovial man with a keen sense of humor, and he has embraced the city of New Orleans as his own since coming to the U.S.A. over 20 years ago from Pakistan.  Good bye cricket, hello football. 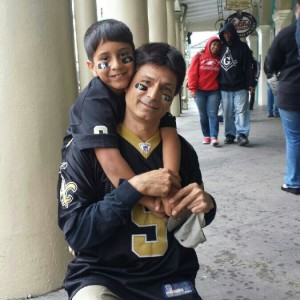 He and his young son have enjoyed following the Saints, and have become big fans of many American sports.  His passion and connection with his son through sports were also determining factors in opening a sports fan store after successfully running gift shops for many years. 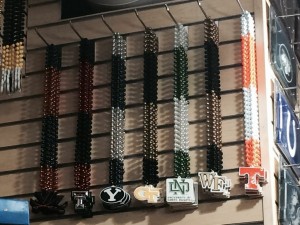 That, and he wanted to sell more bead necklaces than anyone in New Orleans.  Just kidding, but he will carry beads in every team imaginable.  So when you get into town, pay him a visit.