Real Salt Lake’s midfielders Jefferson Savarino and Sebastian Saucedo visited Pro Image Sports at Valley Fair Mall in West Valley, Utah to host a Meet & Greet with fans. The players spent the night graciously signing jerseys, t-shirts, player cards and taking pictures with a long line of die-hard RSL fans — some of whom arrived hours early to be first in line for the experience. 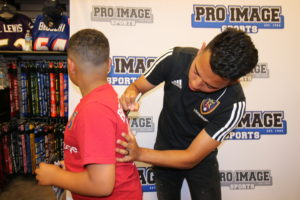 The event was in partnership with RSL to help promote the team’s upcoming match against Mexico-based Tigres UANL at Rio Tinto Stadium on July 24.

Real Salt Lake currently sits at sixth place in the Western Conference with a 9-2-9 record. Savarino was deemed MLS player of the week by scoring two goals and assisting with a third in the 4-0 defeat of the Philadelphia Union on July 13.

Both Savarino and Saucedo were greeted by the Pro Image Sports staff with custom Karl Malone Swingman Jerseys as well as a backpack full of Pro Image Sports Swag. The pair originally expressed interest in the throwback jersey by responding to an Instagram story posted by Pro Image Sports Cherry Hill. Since Savarino does not speak much English, Saucedo was able to translate which jersey and size would be best. 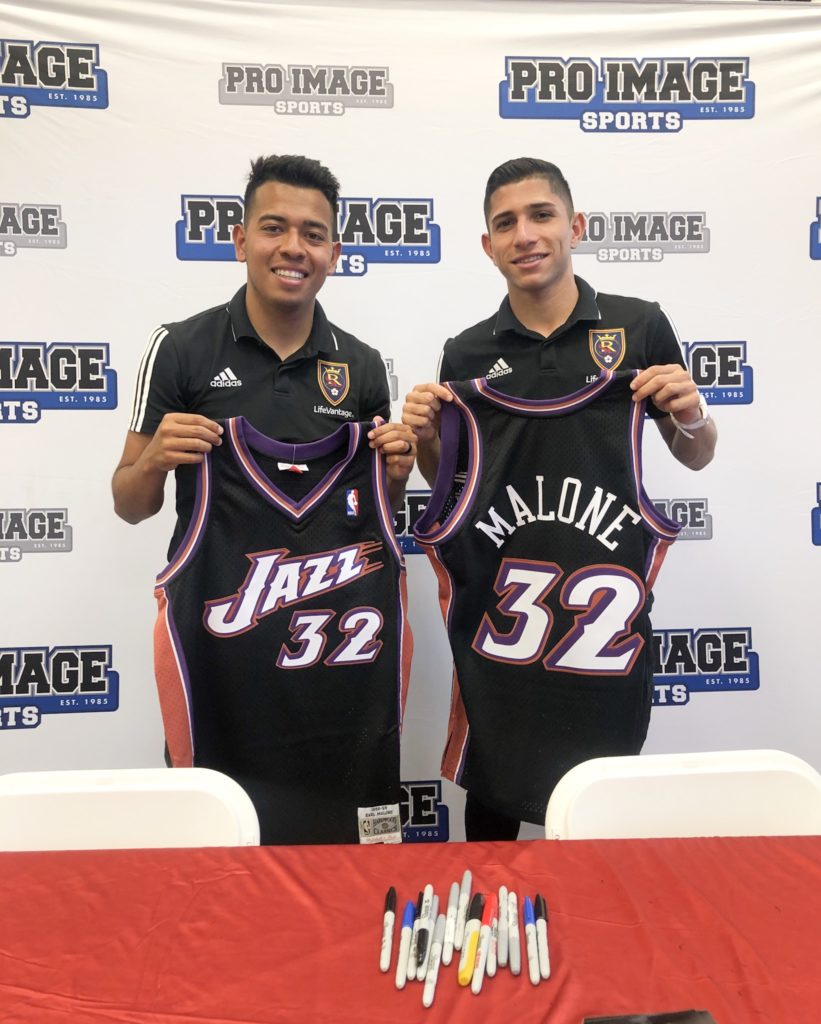 Both players were friendly and stayed to make sure every single fan got a chance to experience the Meet & Greet.

Attendees of the event were challenged to enter in a social media giveaway for the chance to win either a free RSL Jersey or four tickets to a home game. To enter, fans had to follow both Pro Image Sports and RSL on Instagram and post a picture on their story while at the event. Winners were chosen just one day later. 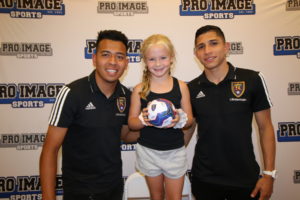 “I’m really happy with the success of this event,” said Ryan Laws, CEO of Pro Image Sports. “RSL was a great partner and helped create additional exposure and excitement. We would like to bring similar customer experience events to other stores throughout the country.”