SANTO DOMINGO, DOMINICAN REPUBLIC – To say the Dominican Republic is a baseball crazy country is a gross understatement. It is more than sport. It is the unofficial religion. It is in the locals’ blood. It symbolizes a way to “make it” in life.

The three Melo brothers –Juan Jr, Alexis & Angel along with their best friend Edward Felix were baseball mad, playing baseball every spare moment, just like their fellow countrymen, and when the reality set in for each respectively that their dreams of big league grandeur weren’t going to be fulfilled, they wanted the next best thing; to own a sports business, a baseball business. 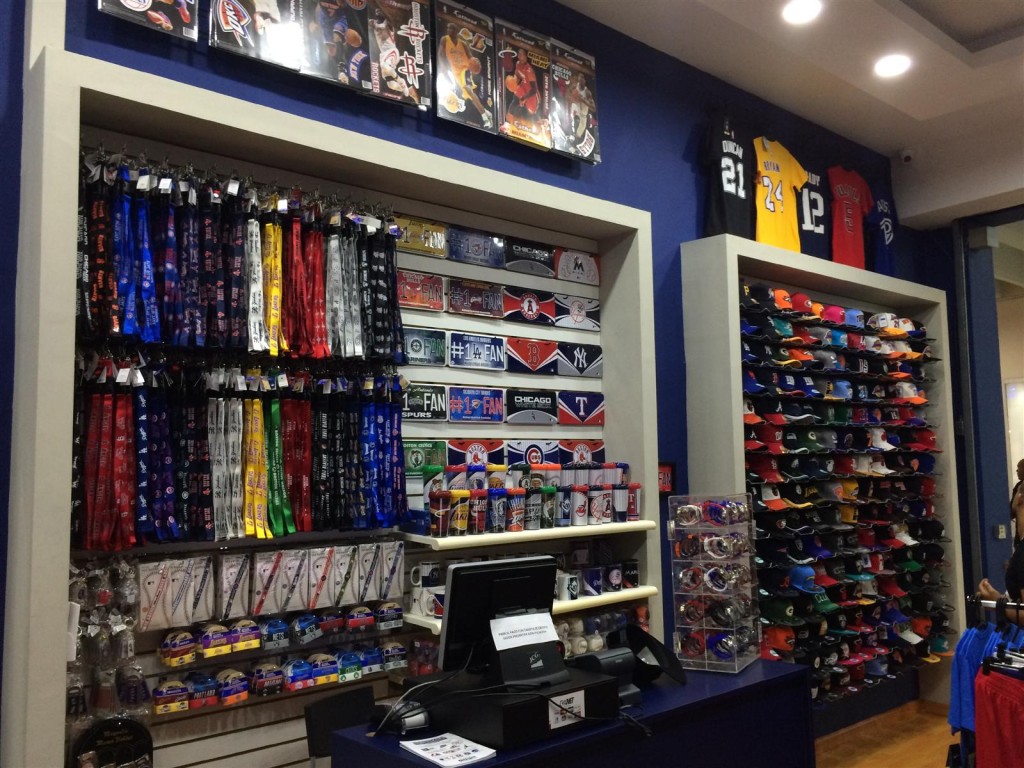 They all worked years towards that goal, and their collective efforts was rewarded by becoming the first international Pro Image Sports franchisees in over 20 years. They recently celebrated their grand opening of Pro Image Sports at Mega Centro Mall.

It represents the first 100% sports licensed store in the country, and there is an exciting buzz among customers that a store has opened with such a deep selection of authentic headwear and apparel. While baseball is king of the country, in Mega Centro, there are avid NBA fans as well, giving a more balanced customer base.

“The kind of store that Pro Image Sports represents is a brand you can trust and we saw we could walk together with (the corporate staff),” said Alexis. “It’s going to be a bright future and we can do a lot of things here in the Dominican Republic.”

The Melo family and Mr. Felix are all well respected, upstanding businessmen in their country. They may not have been able to hit a curveball, but they all have the knack for hitting grand slams in retail. They’ve never known it any other way.

It started in 1982, when their father Juan and mother Dinorah Herrera de Melo opened a general gift store called Casa

Marisol in the busy shopping district of Villa Consuelo. As the boys grew up and completed their schooling, they received their education on the job, helping grow the family business, each serving in their different areas of expertise.

Casa Marisol is still a burgeoning business today, with two large sales floors next door to each other. It was there that they first dipped their toe in the licensed sports business, and eventually began retailing novelty items such as slippers, bracelets and mugs that they licensed directly with MLB and headwear that they licensed with the NBA. That wet their appetite for more, and they knew Pro Image Sports would be the perfect fit to take their business to the next level.

At the grand opening celebration three generations of family were present, along with many close friends and media members. Their children ran freely, having fun in the store. I’m certain this is what Casa Marisol felt like in the early 80’s when the Melo boys and their childhood friend Edward ran amok. I could also see in the near future, the next generation expanding the new family business beyond the borders of the Dominican.

Congratulations to the Melo’s and Felix’s and welcome to the Pro Image Sports familia.