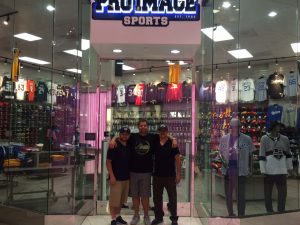 The award may have been hard to imagine just under 10 years ago when Eddie Varela and Rick Velasquez were just two friends and colleagues with a dream of owning their own sports stores in L.A.  What they lacked in capital they made up for in work ethic, vision and ingenuity.  So they worked and saved their money.  Then they developed a business plan and began tirelessly seeking financing.  They received one rejection letter after another to their loan applications but were not demurred.  They continued to work toward their dream of owning a Pro Image Sports.

“They are true entrepreneurs.  We liked that hey have a hang in there attitude,” said Angela Winston vice president at PCR.

Winston had an up close look at Varela & Vasquez’s development over the years.  They were originally Metro Business Interruption Fund grantees for their Baldwin Hills Mall store in Crenshaw, CA.  Then they attended PCR’s Small Business Development Center (SBDC) as clients.  Then loan clients for their second store location at Westfield Shopping Center in Culver City, CA.

It wasn’t easy growing their business to the point of being able to expand to a second location in a higher volume shopping center.  In order to accomplish their goal of having one store for each to run, Varela and Vasquez had to work the majority of hours the store was open.  This was in addition to the work they had to do ordering product on a consistent basis. 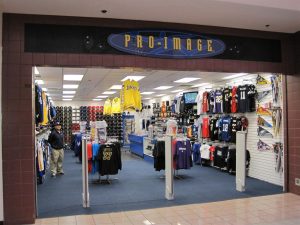 A lot of hard work and sacrifice went into growing their Pro Image Sports business from their humble beginning in 2009.

Their work ethic, passion and humility have served them well as they have learned and grown tremendously during their time as Pro Image Sports franchisees.

“The entire Pro Image Sports family congratulates Eddie and Rick on receiving this award.  Community involvement has always been important to them so to get this type of recognition from the people they represent is awesome,” said Pro Image Sports CEO Ryan Laws.  “I have always been impressed by them.  They work extremely hard and are always looking for ways to improve.”