CENTERVILLE, UT – After serving as CEO for the past 20 years, David E. Riley recently announced he was stepping away from his role as CEO to assume to position of chairman of the board. Mr. Riley began working for Pro Image Sports in 1987 shortly after the inception of the franchise.  Ryan Q. Laws will take over as CEO after serving as president of Pro Image Sports since 2013.

Riley is a beloved figure in the Pro Image Sports franchise for his steady stewardship of the nation’s largest sports fan store franchise through uncertain times.  His priority each year, which created the corporate culture that exists now, was to help each individual franchisee be as profitable as possible.

“Dave always took the time to learn about not only your business, but you as a person as well,” said Jim Tjader, longtime Pro Image Sports owner in Wisconsin.  “He’s always been very fair and generous in many situations, and was always trying to do what was best for the franchisee and franchisor alike.”

In 1996, Riley spearheaded a group that purchased the franchise and grew the system to over 140 stores nationwide, including stores in Canada and the Dominican Republic.  He assembled and developed a stable of knowledgable and talented leadership at the corporate office over the past 20 years, most notably his successor, who has worked closely with Riley since 1990.

“Dave Riley is Pro Image Sports. We would not have experienced the great long term success that we have without his leadership.” said Laws.   “We are grateful for his service and are excited to continue the rapid growth our franchise has experienced under Dave’s leadership.

Laws knew he found the company he loved when he began working for the company while in college at the University of Utah, where he received his degree in Franchise Studies(?).  He has worn many hats over the years, most recently leading the leasing and service departments.

“The position of CEO was left in good hands.  Ryan has many of the same qualities as Dave and has worked in many areas of the company.  He has a good rapport with franchisees and has a firm grasp of the business,” said Tjader. 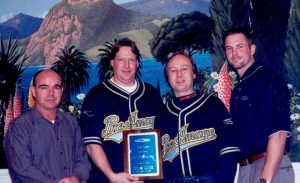 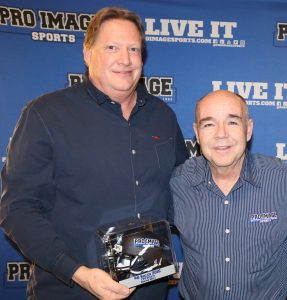 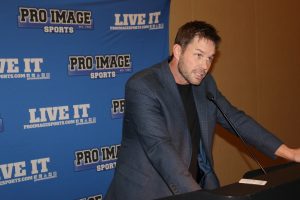