The San Francisco 49ers have seen change in number of ways this off-season.  From the departure of high profile, coach Jim Harbaugh to the sudden retirement of franchise cornerstone, linebacker Patrick Willis, change has been the theme of 2015 for one of the most successful teams of the past 5 years.

Why not throw in a change in uniform to top off the upheaval?  The golden domers are showing off their dark side, with som 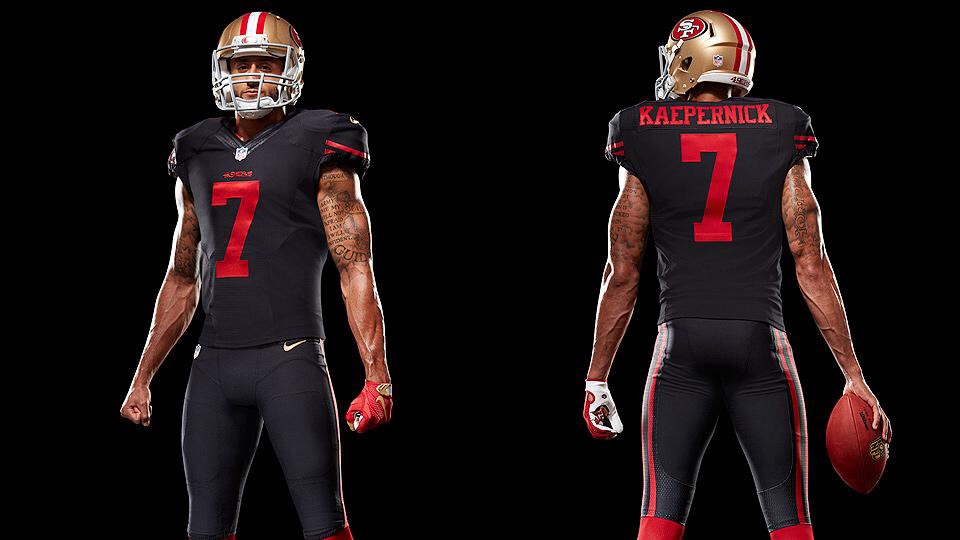 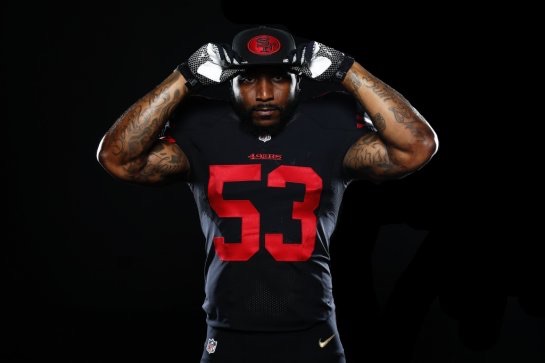 The black jerseys and pants are broken up with stark red lettering, giving a sleek, modern look to one of the NFL’s signature franchises.

I can’t exactly see Joe Montana donning these, but they seem to suit Colin Kaepernick and the rest of the current 49ers.

You’ll be able to find them at your local Pro Image Sports as NFL training camp approaches.

What do you think of the new uniforms?