If you were wondering why the sports fan in your life had a little added pep in their step this past weekend, it was likely because they were excited for Opening Day in Major League Baseball.  Forget Puxotomie Phil and his flip-flopping forecasts on when spring will break the dredges of winter, the more sure sign that brighter -and warmer- days are ahead is the official start of the National Pastime.  For the first time in over 50 years, every MLB team began their season on the same day.  It served as a healing balm that unified all baseball fans in celebrating what should be a national holiday.

Excluding those who root for the reigning World Series champion Houston Astros, baseball fans were undoubtedly enthusiastic to see their team perform better than they did last season.  Almost as satisfying as it is to see the newest version of your favorite team on the field again is buying your team’s freshest apparel to wear.  Call it an outward expression of an inner belief…

2018 MLB apparel and headwear packages hit Pro Image Sports stores in March, and customers have been loving the new styles in batting practice hats and subtle updates to old favorites.  In some cases, teams have revisited their past look to create a modern look on an iconic look, such as the Oakland A’s and their candy apple green tops.  Somewhere Rollie Fingers is twisting his mustache in approval.

Oakland A’s fans haven’t had a lot to cheer for the past 15 years, and 2018 doesn’t look to be much more promising. What has invigorated their fan base is the new alternate jerseys that pay homage to former owner Charlie Finley’s “Swingin A’s” that won 3-straight World Series championships from 1972-1974. They were the first team to three-peat in the modern era, and the first MLB team ever to introduce bright, bombastic colors in their jerseys.  The jerseys are part of the Athletics celebration of their 50th year anniversary. 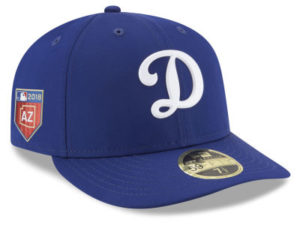 The 2018 Batting Practice hat by New Era is unlike any hat you’ve worn. New “Prolight” technology is used to create the lightest, most breathable hat ever to don a MLB team logo. The version pictured includes the Spring Training patch. 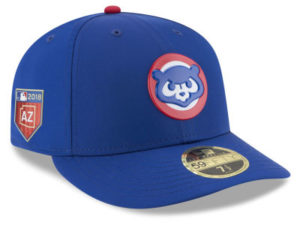 These and many other styles are found at one of the Pro Image Sports stores across the country.  You may also shop at proimagesports.com.