For good or bad, Johnny Manziel has kept the talking heads in the media busy during the dog days of summer, tracking his twitter feed like each selfie at a Las Vegas night club was groundbreaking news.  Pundits will say Johnny Football hasn’t done anything yet to deserve such accolades. 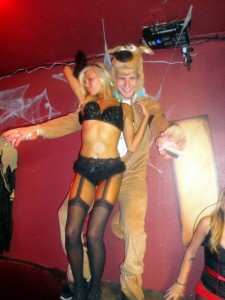 Hard to envision any of the elite quarterbacks in the NFL rocking a Scooby-Doo costume, though it appears he may be the smartest quarterback in the league…

Licensed sports retailers are singing a different tune since Manziel’s No. 2 Cleveland Browns jersey has been the No. 1 selling jersey during the first quarter of the NFL calendar, which runs from March 1st-May 31st (buy it here).  This is especially noteworthy considering the NFL draft was pushed back two weeks this year to May 8th.  Most retailers probably didn’t have his jersey available for another week or so, meaning Johnny Football smoked the rest of the field in jersey sales even though they had a 10-week head start. 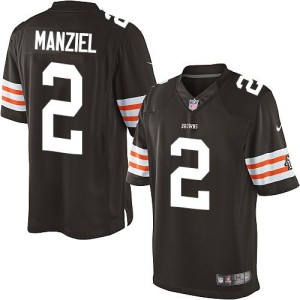 Manziel Browns jerseys have been in high demand nationwide.

The last rookie that moved the retail sales needle in this fashion was Tim Tebow, who had a similar cult-like following, but for entirely different reasons than the professional partier Manziel is – the guy wore eye black patches with the Bible passage John 3:16 on them after all.  The only reference to the Bible when it comes to Manziel is when mentioning how many commandments one quarterback can break in one weekend. 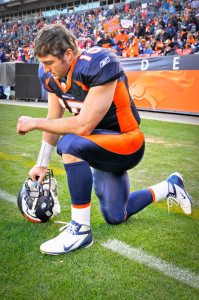 Johnny Football hopes he has a more successful NFL career than Tebow who can now be seen “Tebowing” on ESPN’s SEC football coverage just four short years after being selected in the first round of the NFL draft.

Manziel’s unique star power is evident from the simple fact that he plays for the Browns, a moribund organization that hasn’t had an identity since the organization was resurrected 15 years ago.  Go to a Cleveland game today and you’re likely to see more fans wearing jerseys of former players such as Bernie Kosar and Jim Brown as you are anyone on the current roster.

As a licensed sports retailer, I can only imagine how many jerseys every Pro Image Sports in the country would’ve sold had Jerry Jones pulled the trigger on drafting the native Texan to play the glamour position in professional sports for America’s Team. 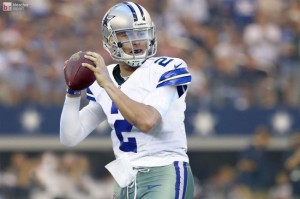 The dream of every executive at ESPN and licensed sports retailer was close to coming true.

From this point forward, if Manziel is to continue to maintain a stronghold on the No. 1 spot in jersey sales he’s going to have to win the No. 1 spot on the depth chart and perform on the field.  Hype can only take you so far before fans start checking out on you if you haven’t delivered the goods on the field.

In case you’re an NFL junkie (which you most certainly are if you’re reading this blog) then you are asking yourself, “Who are the other players in the top ten in jersey sales.”  I am just here to indulge your fanaticism.  All of these jerseys may be purchased at proimagesports.com.  Just click on the player of your choice.