This is going to come as a huge shock to anyone born in the early 90’s, but there was a time when you were only able to get your favorite Major League Baseball cap in team colors.  No, this wasn’t during the Dead Ball Era of baseball when fans traveled to games in their Model T Fords, this was less than 20 years ago. 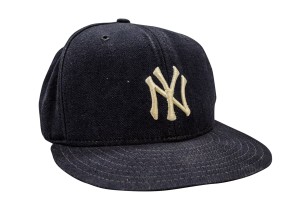 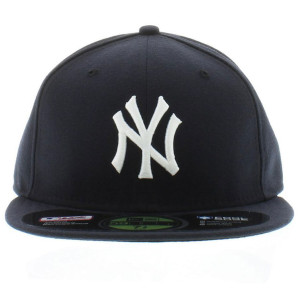 Not much has changed on a New York Yankees hat in the past 100 years.

For those of us that are New Era 59FIFTY fitted fans (which I assume is everyone readying this) it just as well could’ve been 100 years ago, because to us, it feels like ever since one prominent Yankee fan requested something different on his Yankee hat, nothing that came before mattered. 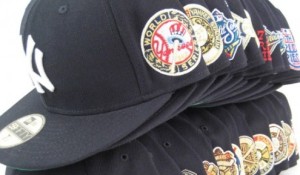 With 27 World Series titles in franchise history, the Yankees are the most successful organization in American professional sports. And New Era has been there with a specific World Series patch for each hat commemorating the year the title was won in.

Stop me if you’ve heard this about New York, but it is the fastest moving city on the planet.  “The city that never sleeps”.  Why?  Because they have things to do.  Places to be.  So naturally, native New Yorkers are an impatient lot, especially when it comes to their Yankees.  The Yankees are the most hallowed team in the history of American team sports with 27 World Series championships.  The team and the iconic players who have donned the pinstripes through the years; from The Babe to Jeter, helped stitch baseball into the fabric of Americana.

Simply put: the interlocking white NY on the front of a navy blue hat is universally recognized and is synonymous with America nearly as much as the American flag is. 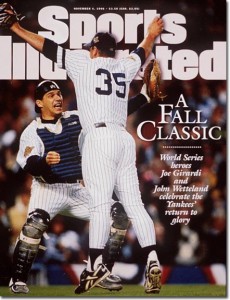 In 1996 the Yankees were in the World Series.  This doesn’t sound like groundbreaking news, but they hadn’t appeared in one since 1981 (which they lost to the Los Angeles Dodgers) and hadn’t won a title since 1978.  That doesn’t seem too drastic a dry spell for a franchise, but again, this is New York.  This is the Yankees.

The city was at a fever pitch by the time the Fall Classic was underway.  The eyes of every New Yorker were glued to their televisions.  Those that were fortunate enough to get a ticket felt like running through the streets singing like Charlie after finding a golden ticket in his Scrumdidilyumptious bar.

But there was one New York icon, who knew his seats a few rows up behind home plate were on lock, so he had his mind on something else: “I wonder if I could get a Yankee hat made in a different color to wear to the game?”

Spike Lee was known to many sports fans for starring as Mars Blackmon in a series of Nike commercials promoting Michael Jordan’s new Air Jordan’s. “Is it the shoes?”

Spike Lee was already an icon at this time for being a supremely talented filmmaker who often took on projects involving race relations (Do The Right Thing, Mo’ Better Blues, Jungle Fever, Malcolm X) and sports (He Got Game, Love & Basketball, and he directed the Air Jordan commercials acting as Mars Blackmon for Nike).  He is the most prominent African American director of the past 30 years who referred to a film he made as “a Spike Lee joint”, largely because he was often times the writer, director, producer and actor in many of his films and wanted to convey he had his fingerprints on every aspect of the movie. 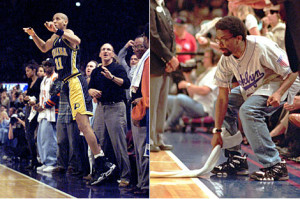 Spike Lee has been a fixture as New York City’s No. 1 sports fan. The verbal jousting he engaged in court side with Reggie Miller of the Indiana Pacers during the 1995 Eastern Conference Semifinals will be a story no Knicks fan wants to remember, but will never forget.

Spike is also synonymous with New York.  To those who haven’t seen his films, he is more famous for being the stylish Knicks fan sitting court side at every home game.  1996 was only a year after he had been jousting with Reggie Miller court side during those memorable Knicks-Pacers playoff games – you know the one, when Miller defied logic by dropping 8 points in the final 18.7 to steal a Game 1 win in Madison Square Garden (ESPN’s 30 for 30 series recently revisited this with a great documentary titled Winning Time).  Spike was hot at the time.  His passion for his home town teams is as bold as the thick framed glasses he is known for (Somehow the guy is so stylish he made Urkel glasses fashionable).

You can understand why Spike had to have a unique hat no one else in the old Yankee stadium would be rocking to the team’s biggest game in nearly 20 years.

New York is the only city in the world that has multiple songs honoring it, describing the culture of the five burbs, and what it is like growing up in The Big Apple.

“New York State of Mind” by Jay-Z & Alicia Keys was an instant classic that uniquely described the city they love and what it means to be born and bred a New Yorker.  Therefore, the Yankees had to be mentioned.

At one point in the song, Jay-Z is blitzing with typical rapper self grandiose and spits, “I made a Yankee cap more famous than a Yankee can.”  In this case, he’s not bluffing, but he’s conveniently overlooking the fact he wouldn’t have a plethora of Yankee hats to choose from in 2014 had Spike Lee not had an idea.  A simple, but profound idea. 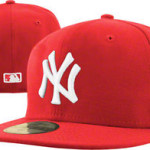 The hat that sparked a fashion revolution: a white on red New York Yankees hat.

How would a red Yankee hat look?

New Era is the undisputed king of headwear.  The family owned company out of Buffalo, NY has been since they signed their first contract to produce all the hats for the Cleveland Indians in 1932.  They made the majority of MLB hats throughout the years to come, but it is somewhat surprising that they weren’t the exclusive manufacturer for all MLB hats until 1993.  It is fair to say in 1996 they weren’t the juggernaut they are now.

Spike got in touch with then New Era president Edward H. Koch (who has served as CEO since 2003) and told him what he wanted; a New York Yankee hat with white lettering on a scarlet red hat.   Koch quickly agreed.  Only one problem; he had to go to MLB to get their approval as well.  Fair or not, baseball has a reputation of being resistant to change in comparison to their counterparts at the other professional sports leagues.

The sport’s most revered team hadn’t changed their uniform or logo nearly at all in the previous 100 years and now a famous fan wanted to come around messing with the color scheme of the most iconic hat on the planet?

“(MLB) was right on board with us,”  said New Era Senior Design Manager Brian Radko.

Spike got his red Yankee hat in time for the game and with every pitch, millions of viewers saw him sticking out of the crowd with his bright red cap on just over the umpire’s shoulder.

A cultural phenomenon was instantly born.  New Era quickly brought the red caps to market and shortly thereafter, rolled out Yankee hats that were royal blue, Kelly green and black.  Yankee hats sell 3-to1 over the entire rest of the league combined.  This contributed to that.

“From that point on, a baseball hat was no longer a baseball hat,” Koch was quoted as saying some years later, he then became the fourth-generation member of his family to run New Era when he took over as C.E.O. from his father, David, in 2002. Since his ascendance, the company has been transformed from a conservatively run family business, quietly supplying caps to Major League Baseball teams. 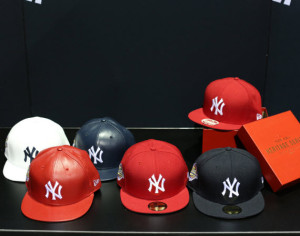 The New Era 59FIFTY custom headwear business was born.  And we all have Spike to thank for it.  For all the amazing things he has accomplished in his career, this may be the most enduring.

“Spike started the whole craze,” said Radko.  “And it has not slowed down since.” 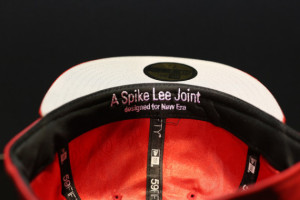 The recently released Heritage Series Collection released by New Era to honor Spike Lee and the inception of the custom 59FIFTY has a distinguishing inscription on the inside band fitting for Spike.

To honor Lee’s contribution, New Era recently launched the Heritage Series Collection of hats, one of which is a replica of the red cap he wore to the game that night, except one difference, there’s an inscription on the black band inside the hat that reads, “A Spike Lee Joint”.