World Cup is here! Four years after the drama of South Africa we have the Sambas, strikes and general craziness of Brazil. Our boys from the USA have gotten a horrible draw not only with teams but the amount of travel. Still, we are hopeful that they can get out of the first round and impress the rest of the world. Jurgen Klinsmann has said it is not realistic to expect them to win the Wold Cup this year, furthermore, this is the same genius that cut Landon Donavon from the World Cup roster. The Utah Jazz are not going to win the NBA Championship next year either, nor are the Cubs going to win this year’s World Series.

Playing in the heat and humidity of Brazil is going to take a toll on the European teams. Croatia, England, Russia, Germany and The Netherlands will wilt under the conditions in Samba Land. None will make it to the quarterfinals. Portugal and Spain are the European teams to watch for. Honduras is used to the heat of San Pedro Sula and is a dark horse to make the quarterfinals. Watch out also for Nigeria and Columbia. Coach is predicting Brazil, Argentina Uruguay and Spain in the semis with the Samba boys losing to Messi and his friends in the finals. The beautiful game! 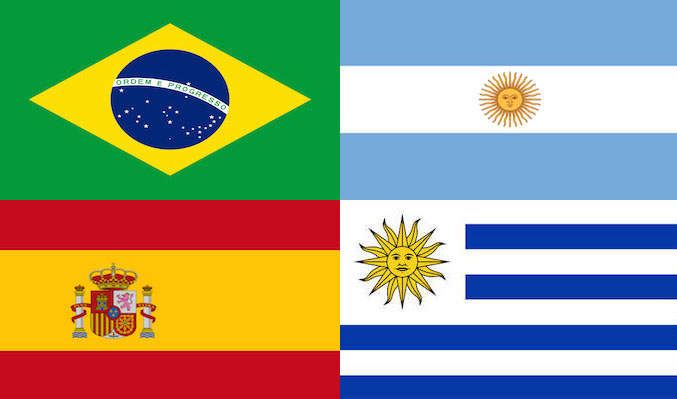