LOS ANGELES- Eddie Rivas recently stood in his newly constructed store in The Shops at Montebello hanging L.A. Dodgers jerseys in perfect order in preparation for the grand opening last week.  He has set up walls of jerseys thousands of times before.  What is a standard menial task in operating a licensed sports store somehow felt invigorating and exciting, just as it was with the opening of his previous seven stores throughout the Los Angeles area.

“This is a fun business.  I still get excited about the product,” said Rivas.

There are many reasons for Rivas and the Pro Image Sports team to be ecstatic at this time.  He opened his first new Pro Image Sports store in seven years the same week as the Dodgers clinched their first division title since 2009.  Fans are clamoring for everything Dodger blue.  The NFL just kicked off, bringing in a flood of traffic, and Montebello is a center Rivas has wanted to operate in for a number of years.  He just had to wait for the right time.  If a certain team in blue happens to win their first Fall Classic since 1988 you could say Rivas waited for the perfect time.

And so there he worked setting up his new store with longtime friend and Pro Image Sports service representative Burr Calapp, newly promoted manager Larry Morales and staff.  Loving every minute of it. 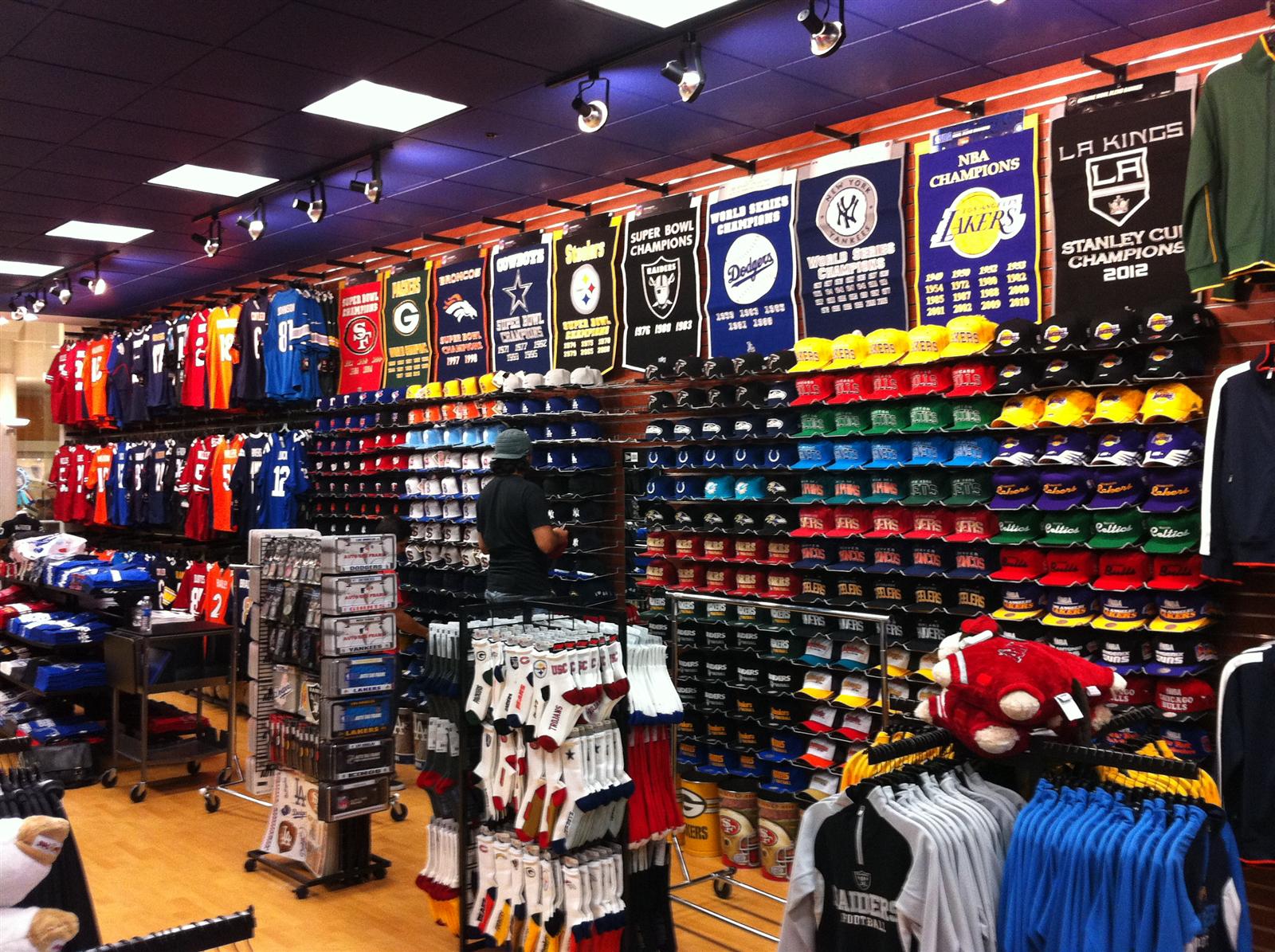 Rivas believes the store at Montebello is going to be a great success.  He has good reason to believe so.  Such is life for one of the most successful Pro Image Sports owners in the country.  He has ridden the highs and lows of the sports licensed industry through 17 years: the Lakers won championships; fashion trends changed; the economy took a dive; all the while he has remained profitable.

Career opportunities had taken he and Daisy to Los Angeles, where Eddie began attending franchise expos in search of something that piqued his interest.  His search eventually led him to Pro Image Sports, the nation’s largest sports fan gift shop.To Rivas, 1996 seems like yesterday He remembers fondly how hard he and wife Daisy worked to put themselves in a position to buy their first franchise.  Born in Ecuador and raised in Queens, NY, Rivas is living the American dream.  He worked tirelessly for 22 years, mostly in pharmaceutical sales, and was a pharmaceutical sales manager at the time he was looking into start his own business.

“It was all about sports for me.  I was always into sports,” said Rivas “I thought it was exciting, and the product was unique, but I didn’t have any retail experience at all.”

That’s where the Pro Image Sports Corporate team came in.  Eddie proved a quick learner and developed a strong working relationship with his service representative, Calapp.  His first store opened at Santa Anita Fashion Park in Arcadia, CA in 1996.  That year he came just short of his initial projections, but he learned what it took to be successful and made the necessary changes the following year.

Business picked up and Rivas opened a second location in Montclair Plaza in 1998.  His stores quickly shot to the top of the national sales rankings, and he continued to work with the Pro Image Sports Corporate team on his growth plan.

Pro Image Sports’s leasing representatives were able to continue to solidify outstanding lease packages for Eddie to review and he grew steadily through the turn of the century.

“I’m not surprised how things have turned out,” said Rivas “The numbers were just too good not to open (additional stores).”

If that mark of 10 stores does or doesn’t materialize, there is no denying the accomplishments of Rivas over his career as a Pro Image Sports franchisee.  He has been a two-time winner of the Franchisee of the Year award and has had more stores in the Top 10 in annual sales than any other owner in the history of Pro Image Sports.

And yet, after all his accomplishments, the simple fact that he still feels like a kid at Christmas opening boxes of new product is what keeps him engaged.  His passion for this business is the distinguishing ingredient to his success.  He is a Dodgers fan just like his customers, and he knows just what products they’re after.

You can’t put a price on doing what you love, and  all these years later, Rivas is loving it each day.