USA! USA! Qualifying from group G, the group of death, was something that hardly anyone thought the USA could do. They played wonderfully against Portugal, number 4 in the world. Ronaldo’s moment of magic in the last minute of stoppage time was heartbreaking. Ghana, their talented nemesis from Africa was beaten in the first game by a late header by a substitute that no one had ever heard of. Then, against Germany (number 2 in the world), the red, white and blue gamely played them to a 1-0 result, pushing the stars and stripes to the knockout round. Seeing Kyle Beckerman, who has signed twice at our Pro Image Sports in Layton, Utah, play every minute of the first three games was especially gratifying. He may be one of the nicest, most genuine guys I have ever met!

This world cup has had everything! Tons of goals, comebacks, strong offense, weak defense and stars like Robben, Messi, Ronaldo and Neymar shining. Everyone will fondly remember dunderhead Luis Suarez, one of the best strikers in the world, chomping down on his Italian defender. Even more hilarious has been the response by the Uruguay federation saying he is being singled out! I especially loved that poor Luis sat on the ground and was rubbing his teeth as if HE was the one injured! Algeria and Costa Rica were the longest odds to win the cup at 500 to 1 yet both advanced. More people have watched this World Cup than any other in the USA. The “Beautiful Game” appears to be catching on. Even Billy T jumped up and screamed “GGGGOOOOOOOOOLLLLLLLLL!!!!!!!!!” when Clint Dempsey scored in the first 30 seconds of our first game.

Find a way to watch Kyle and his buddies take on Belgium at 2 o clock mountain time on Tuesday afternoon.  Please don’t bite anyone this week! 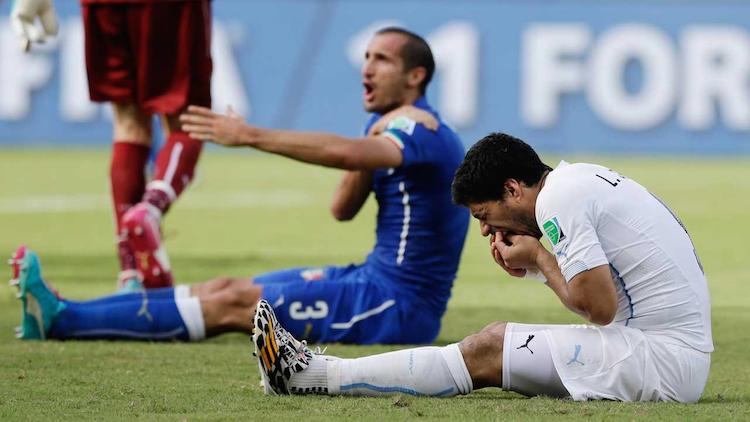